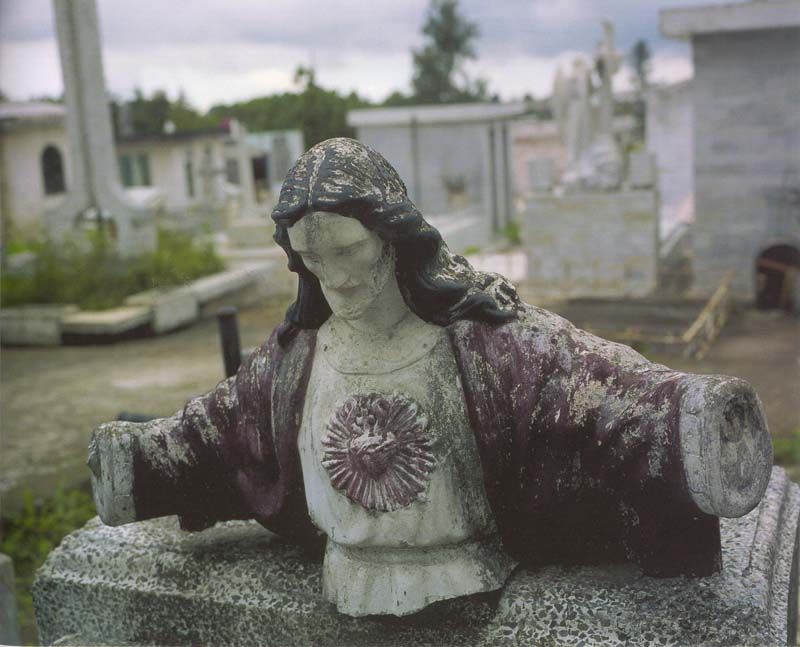 If God were only strong, not kind, or God were only kind, but weak
An odd-time hard folk, head-on collision with human suffering.
Lyrics (pdf)

Shattered frame, photograph all torn
His Daddy doesn’t live here anymore
And the lawyers are the only ones on speaking terms.
I try to tell the boy he’s not to blame
For the vows that Mum and Dad unmade
But words can wound in ways no words can ever heal.

She’s drinking coffee from a mug that’s chipped
Warms her hands, cuts her lip
As she tries to give birth to all the pain within.
Pours out her heart, staring at her feet
Staccato sentences each incomplete
The baby she was carrying in her womb is gone.

If God were only strong, not kind
Or God were only kind but weak
I wouldn’t have to try to find
Words I’m not afraid to speak
When answers sound so trite and incomplete but…

Everything…every thing is…
Everything is broken.

Take a drive try to clear my head
The news is on ‘cos the CD’s dead
They say another peace treaty was torn up today.
Must be a hairline fracture in the universe
The Earth is cranky and she’s getting worse
300 dead, a city split just like an open wound.

If God were only strong, not kind
Or God were only kind but weak
I wouldn’t have to try to find
Words I’m not afraid to speak
When answers sound so trite and incomplete but…

Everything…every thing is…
Everything is broken.

I search for clues in a freezing Church
The boiler’s dead, the pipes have burst
The priest flinches as the choirboy’s voice begins to crack.
I start to understand as he breaks the bread
Red wine burning deep into my chest
You said, “This is my body”

At the tail end on 2010 I had quit leading worship at my church, planning to spend a year recharging my batteries, learning about songwriting and writing every day. [Everything Is] Broken was one of the first of the new batch of tunes, though the basic lyrics date back to 2004. At the time the concept 'if a good God make the world why is it so messed up' was to me little more than an 'apologetic' device – an explanation for 'non-churchgoers' that might persuade them to sign up. But in the years since I wrote the song it's given me a frame of reference to understand the ever-present darkness in my world, helping me deal with it in my own life and allowing it into in the art I make.

All These Broken Things

From the start the concept was that the structure of the song itself would reflect brokenness (something I call madrigalism), musically I decided to write the verse in mostly 7/4 which gives an impression of a missing beat. I wanted to use a string trio, or rather, a 'broken' quartet with the second violin missing. (This is why I ended up using a trio on Brother Bull and Better For Me too). There are no drums for the same reason. The song breaks down towards the end interrupted by 'random' samples and the vocal degrading and the last word missing. In the lyrics there are 18 broken things Shattered frame Torn photograph Broken home - his daddy doesn’t live here anymore Wedding vows - unmade A mug that’s chipped Broken skin - cuts her lip Broken sentences - staccato, each incomplete Stillborn baby CD player Broken peace treaty - torn up A hairline fracture in the universe Broken Earth - cranky and she’s getting worse Broken city - split by an earthquake The church boiler The church heating pipes The choirboy’s voice The communion bread Christ's body

The song was written as a distorted solo rocker in Am – imagine if If Billy Bragg joined a discipleship group led by Derek Webb, or if CS Lewis secretly hankered after playing in Iron Maiden. On the demo, the distorted guitar, my amp crapping out and my voice cracking as I screamed my head off all seemed to reflect the subject matter, but my producer friend Mark pointed out that the song didn't sit with any of the other material on my EP. So I dialled back the mayhem, transposed it down, played fuller chords capoed at the 3rd fret. When I tracked the guitar I did what I call a 'Lennon Extension' by accidentally adding an extra beat into one of the prechoruses. A happy accident. I agree with Chris Cornell from Soundgarden when he says he likes writing in odd meters because it feels like there’s only one melody that it can possibly be.

Observant Christians might wonder what's up with the weird church service. It has real bread (not wafers) like a pentecostal church but has a Priest and an old building (like a Catholic church) and they have the wine before the bread (like no church I've ever encountered). I guess that's what they called poetic licence. In my mind it's church as imagined by Frank Miller or the Wachowski brothers. (I do not attend a church like this). The concept of a fracture in the universe comes from a 2009 Easter sermon by Matt Chandler, “red wine burning in my chest” came from a journal entry about taking communion in an Anglican church and “the earth is cranky” came from somewhere else that I can't remember.