Naming Your Band - In 10 Easy Steps 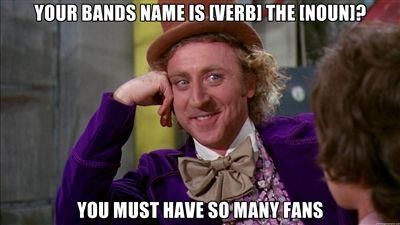 Having been through the naming process so many times, with my own bands and ones I've taught, I've learned that trying to find THE GREATEST BAND NAME EVER is a fool's errand. The best you can hope for (and what most bands settle for) is the LEAST BAD BAND NAME. Many famous bands don't like their name - Foo Fighters “It's the dumbest band name ever" Mumford And Sons “I definitely regret the band name. It’s a ball-ache. We thought about changing it, but it’s a bit late now.” Arctic Monkeys “It sounds like a first band name, doesn’t it? It’s so bad that the tribute bands don’t sound worse.” McBusted "The world's worst band name. It was the best of a really bad bunch." Smashing Pumpkins “is a stupid name, a dumb bad joke and a bad idea" Goo Goo Dolls: “We had a gig that night and needed a name. If I had had five more minutes, I definitely would have picked a better name" Hoobastank: "It was fun to say at the time, and when we named the band we were a lot younger" The Beatles “We had to settle on one particular name. And John came up with the Beatles one night, and explained how it was spelled and we said 'oh, yes, it's a joke!'" Smokey Robinson And The Miracles picked their name out of a hat. Even TV show Sesame Street's name “was set at the 11th hour and fifty ninth minute”. Almost everyone on the show disliked the name. But they hated The Video Classroom, 1-2-3 Avenue B and Fun Street more. They set a deadline to come up with a better idea and “went with it because it was the least bad title.” Back in the 80s it was enough to come up with some misspelled and often laughably umlautted monicker. I spell Vengeance incorrectly to this day thanks to my time in a metal band. In those simpler times, as long as people could pronounce your name you were OK. And if you shared a band name with someone on the other side of the world, it wasn't an issue till one of you signed to Warner Bros. But the internet changed all that. So here's 10 crucial steps to naming your band.

Write down at least 50-100. Write them ALL down. Every single one. No matter how silly. Don't judge. Don't debate. The stupidest will make a cool talking point during interviews (and you never know - some goofy garage band or tribute act may use the rejected name in your honour). 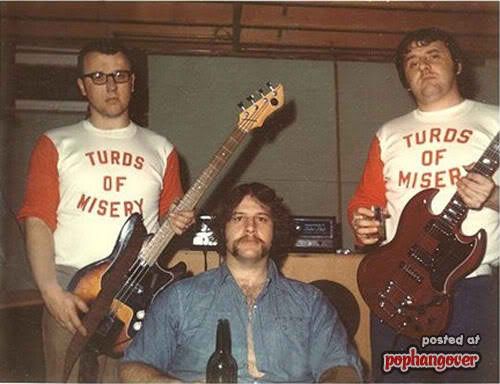 2. Mix And Match The Names You Have

When you can't think of any more, try taking a word from one name and adding it to another. Look for unusual juxtapositions like Sound-garden, Radio-head or Led Zeppelin.

4. Google It - For Rival Bands

Google “YOUR BAND NAME band” or “YOUR BAND NAME music” or “YOUR BAND NAME lyrics” If there is another active band with your name YOU ABSOLUTELY CANNOT USE IT. Yes, you might beat them to the punch if they haven't registered it, but what's the point? If it's so cool and original how come someone else thought of it first? Is it really worth spending money on? The one caveat is 'active band'. Was the last gig mentioned on their Facebook page in 2004? Is their web presence limited to a MySpace page? You MIGHT be OK. But don't assume - your namesake may be gigging like crazy but lousy at social media. Ask the artists formerly known as Blink and Twigs.

5. Google It - For Rival Brands (And Other Things)

What if your chosen moniker isn't a band name, but a 'thing' out there in the real world? If it's a trademarked product or a person - forget it. Disney, Pepsi and especially Toho studios have bigger and uglier lawyers than you. If it's just a 'thing' you may be OK, but ask yourself – is your band going to get lost in the internet 'noise'? 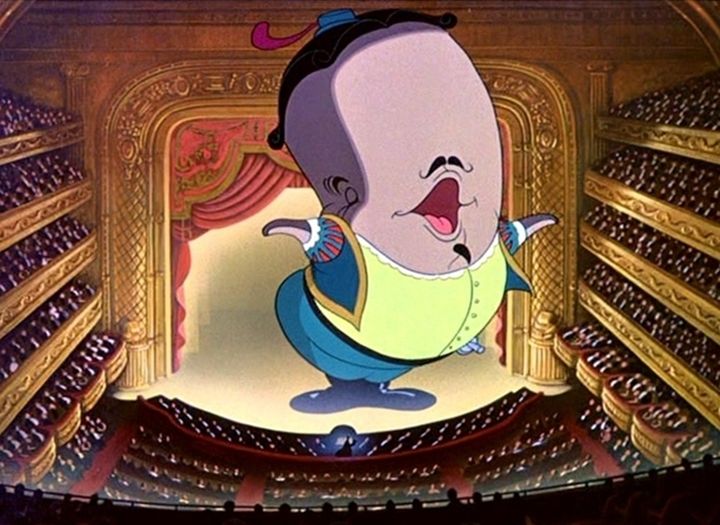 For example 'Whale' is terrible name for your band because when someone types 'Whale Music' into Google your album will join the queue behind 600,000 hits for Greenpeace.

6. Does It Mean Something Bad?

Does your name have nasty or unintended connotations? Think about it and ask lots of other people (eg "What do you think of when I say "Ben Dover And The Batty Men?"). It might seem funny taking your name from some obscure sexual practice until your fan's eyeballs get a baptism of fire on google images. Check Urban Dictionary and a regular dictionary too. If you have a multiword name, try typing it without spaces as in 'yourbandname.com'. Sometimes a perfectly inoffensive name can create a terrible URL. What business do you think Penisland.net, Expertsexchange.com, Speedofart.com and Powergenitalia.com are in?

More specifically, is it a song by a band that you are heavily influenced by? Then Don't. Just don't. Nothing marks you out more clearly as a slavishly unimaginative copycat. But otherwise, that's fine. 'Radiohead' is a song by Talking Heads. Judas Priest took their name from a Bob Dylan song 'The Ballad Of Frankie Lee And Judas Priest'. Deep Purple, Jet, The Kooks, Death Cab For Cutie, Nine Below Zero, Right Said Fred and The Sisters Of Mercy are all named after music they sound nothing like.

8. Can Everyone Spell It?

Think carefully about this. Is it something that people are going to have trouble spelling? Or remembering? I was once part of a band called Aistaguca. Pronounced Eyes -Ta – Goo – Cha. It doesn't mean anything in any language. It's not spelt phonetically. I lost count of the number of times people who had really enjoyed our gig asked me what we were called. Then asked again. Then asked me to spell it. And then I would see their eyes glaze over as they resigned themselves to the fact that they were never going to be able to find us online, tag us on Facebook or even tweet that they'd seen us. FAIL. The only exception would be spelling your name 'wrong' to help people get it 'right'. Led Zeppelin went with the 'Led' spelling to prevent people saying “leed” - as in 'lead guitar'.

9. Don't Pick A Name That Sound Like A Completely Different Genre.

One day a hundred, very unhappy, very drunk, thrash metal fans will show up to watch your folk trio play the local art gallery. Your ironic name won't seem so funny then.

Once you've got it, stick with it and get on with the real business of making music. If you do a good job with that, the music itself will come to define what that name means, not the other way around. Say Buffalo Springfield now and we think of Neil Young and a bunch of hippies not the steam-roller they were named after. And when you see the word 'Beatles' you don't think about insects or 'beat music' do you?